Arc Symphony (2017) is an interactive piece by Sophia Park and Penelope Evans. Like the works covered in Love in Times of BBS, it portrays interpersonal relationships in the first internet communities, but instead of focusing on a general interests community, it shows us a community obsessed with Arc Symphony, an imaginary PSX JRPG.

JRPGs are a videogame genre that had its rise during the PSX era characterized for telling the stories of a group of characters with a common goal. The player explores gigantic maps and fights against monsters in turn based combats alongside her party. It’s a genre in which the world has to be saved from an impending doom that will patiently wait for the player to complete their thousands of sidequest before destroying all.

I played tons of PSX and PS2 JRPGs during my adolescence. Every time I was sick or during holidays I would finish a couple of JRPGs. During my early highschool years I crafted a piece of fan fiction that mixed all of my favorite videogame characters that never saw the light of day. The first time I played a JRPG, Final Fantasy IX, I phoned the only classmate with a guide so many times, that I got him to tiredly send me to an internet café to search for the information I needed to move forward. 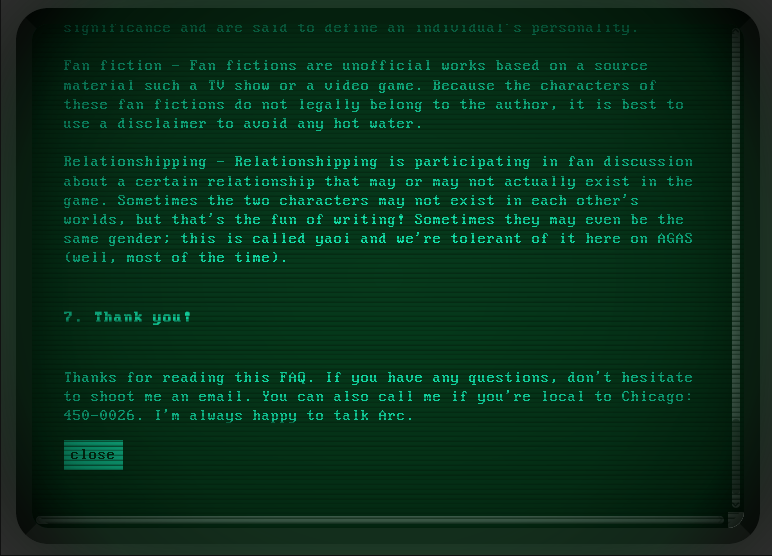 If I got so obsessed with JRPGs it was because even though I played videogames since I was three years old, these were the first with characters remotely like me that I could identify with. The deuteragonist of Final Fantasy IX is a girl that was as scared of being consumed by her mother as I was. That game taught me the importance of making friends and trusting in them.

Thanks to my love for JRPGs I managed to connect with other people on the internet who had the same interests as me. They too had found a character they could identify with, because the cast of these games was so big and diverse that it was impossible not to. 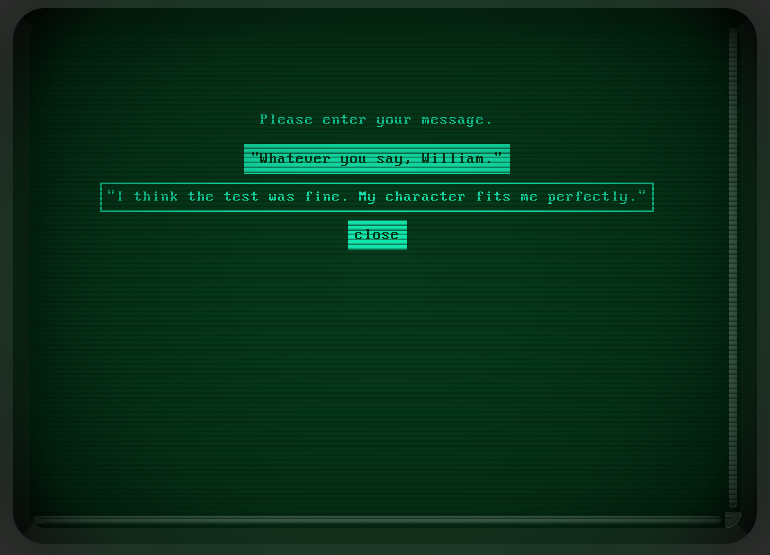 Another reason why the fellowship among players of these games was so high was due to the plot elements being so many and so complicated that we needed other human beings to figure them out. Arc Symphony is a piece that nurtures itself from these fragments of my and other people’s adolescence to explain to us how identity is built.

The game uses a neocities site to introduce the reader into the premise of her being a user of a telnet client. The client has a mailing list, an IRC channel, and a quiz about which Arc Symphony character are we. The reader can choose how to respond in each of these communication channels in order to build her virtual identity. 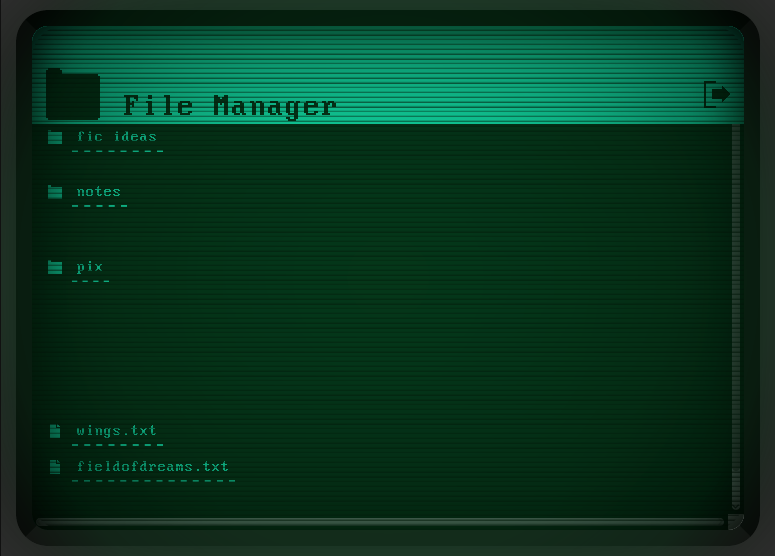 Some of the subjects in the mailing list and IRC chats establish the mood of the piece, while others set the pieces for the construction of our virtual identity: we can choose to be kind to other users, explain how we came up with our handle and what meaning it holds for us. We can also choose to respect or ignore the handle of the users with a real life name that we recognize.

There’s a moment in the piece in which one of the mods accuses a user of lying because the name she uses to present herself doesn’t match with the name and gender assigned to her at birth. The accused user explains to us that the way she chose to present herself matches how she really feels in the real world, that is to say, with her self perceived gender and identity. With that the information the reader can choose to judge or accept the accused the user, but the piece makes it clear that our virtual identity, just like our gender, it’s a performance.