NSFW: In this article we talk about sex, sexuality and we will show screenshots of games containing people showing their titties and being stark naked, so reading this at work might not be a good idea.

In Ladykiller’s universe you’re a lesbian doing a solid for her twin brother and pretending to be him at his school graduation cruise. Your objective as a player is to avoid suspicions about your real identity and getting as many votes as you can for a contest that takes places on the cruise. These two narrative resources develop alongside a dynamic gameplay that mimics the mechanics of real time conversations, interruptions and all. All of the game resources are used to explore the nature of sex and sexuallity: the reasons why we fuck or we don’t, consent, taking care of our partners and alternative relationship models such as polyamory and BDSM. 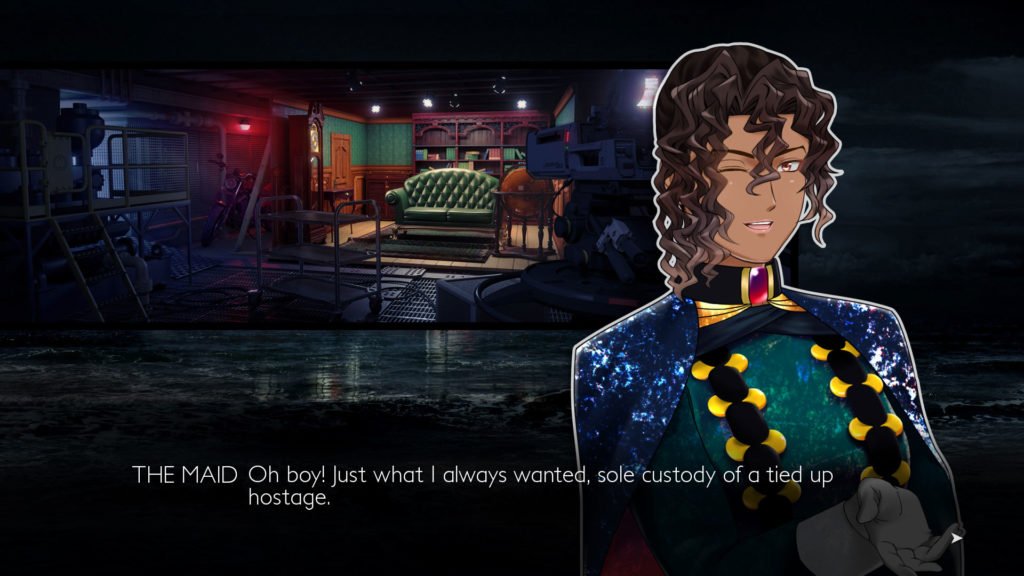 In Ladykiller you fuck because it’s fun, you fuck because you find other people interesting and because they find you interesting as well, you fuck to explore aspects of yourself that you weren’t in touch with until then. You also fuck to explore power relationships and because fucking comes with material benefits, such as more points for the contest, the possibility of keeping your real identity hidden and helping rescue one of your partners who is kidnapped by your brother near the end of the game.

Although a lot of the sex in Ladykiller is transactional in part, one feels comfortable as a player because the characters taking part in the sex scenes do so with care and respect for their partner. Each sex scene unfolds as a series of choices the player can make, reinforcing the idea that consent is something that gets constantly reaffirmed. 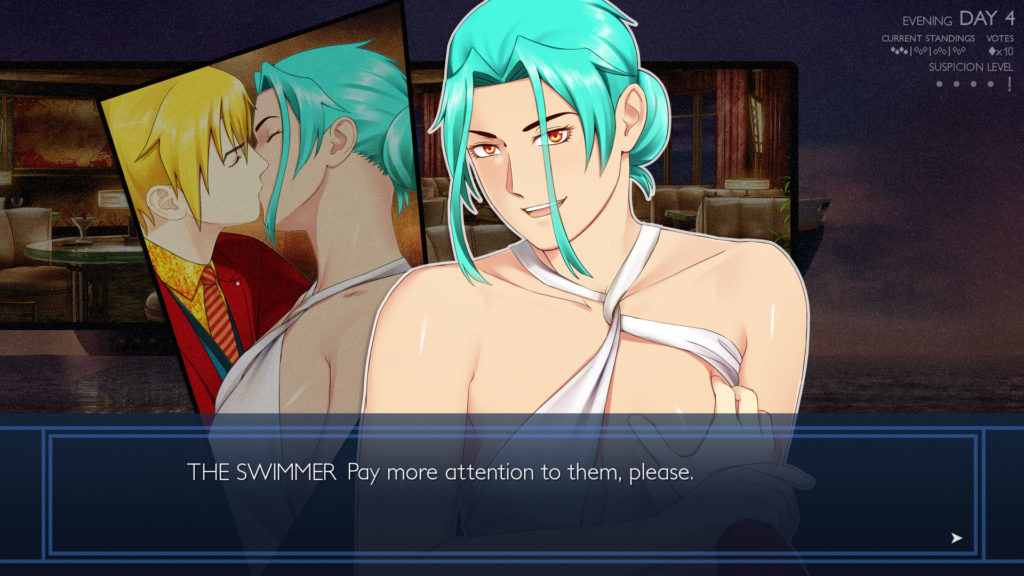 It’s gone because, even though Christine Love added trigger warnings and the option to skip the scene entirely, several people were bothered and uncomfortable with the existence of such a scene in the game. To me it’s a pity that the scene is gone, because it had a clear narrative value which was offering contrast against the sex scenes of another character who performs BDSM as it should be done, meaning safely and with consent. Even when it made me feel uncomfortable as it did with other players, it also made me think a lot about why it made me so uncomfortable and why I felt slightly less uncomfortable with the scene in which the protagonist can be sexually violent towards another character. 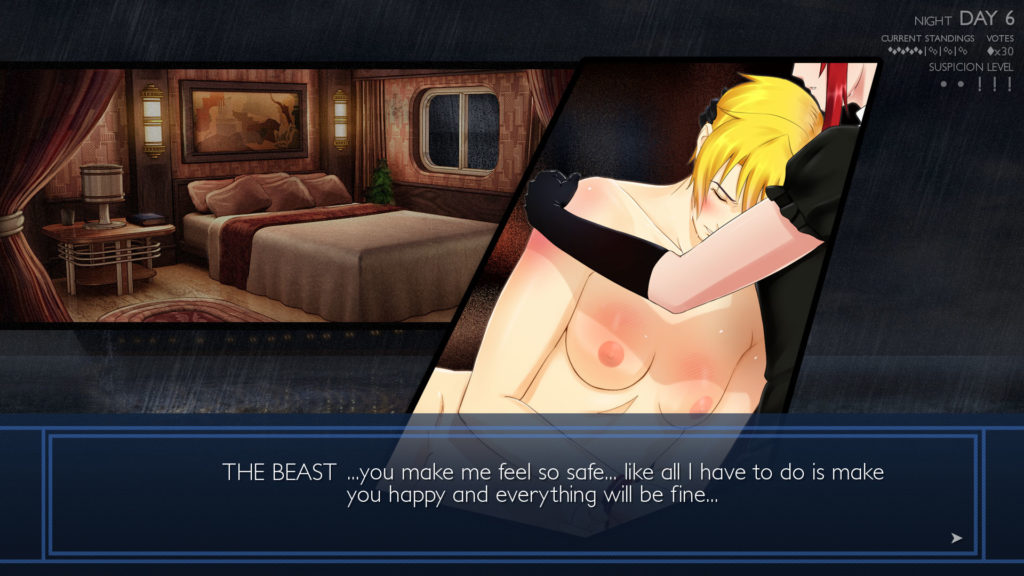 I was uncomfortable with my character being a victim because it reminded me of unpleasant experiences that me and others had with people who took consent for granted and I believe being an aggressor wasn’t as uncomfortable because most AAA games, those that I used to play a lot when I was younger, put us in the role of the aggressor. For me those two scenes were useful in underlining the importance of consent, of listening and caring for someone else in any context, but especially in the context of a sexual relation.

The removal of this scene and the inclusion of a “Christmas mode” in which all of the game nudes are replaced by Christmas sweaters so the game can be streamed on services like Twitch or YouTube without fearing a ban gives us the notion that there’s a long road ahead before we can de-stigmatize sexuallity on videogames and we can stop thinking of sex only being about people getting naked or not.

Several of the things I like about Ladykiller, specially the uncomfortable stuff, remind me a lot of New Queer Cinema, a cinematography movement that got started during the mid eighties and spearheaded the rise of visibility of queer people inside the cultural industry. The movies of the movement focus on showing explicit queer sex scenes, and constantly delve into complex, polemical or taboo topics, while their plots defy the expectations of the public accustomed to classic hollywood blockbusters.

Ladykiller has a lot in common with Kaboom from Gregg Araki, one of the films from the movement. Both works have teenage protagonists that fuck as much as they can with anyone they can and everytime they fuck, they reveal new data about the universe they inhabit. Once the protagonists have all the available information it becomes clear that the world is insane and everything went to shit. Both works present a perspective that is unequivocally queer.

Queer people need to tell our own stories, problematic or not, because we will always portray ourselves as people and not as cliches, tropes or elements that move the plot forward. All of us, queer or not, need more games like Ladykiller. Games that focus on respect and consent, instead of selling us the bullshit that if we pick the right choices and deliver the right gifts, a character (or a person) will fall for us.